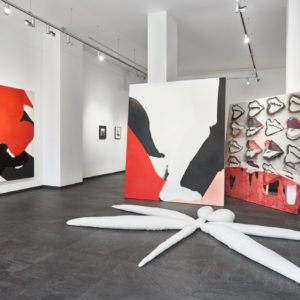 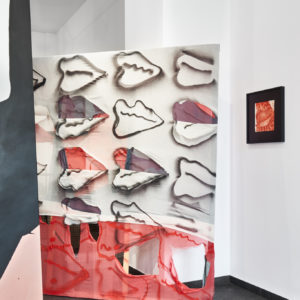 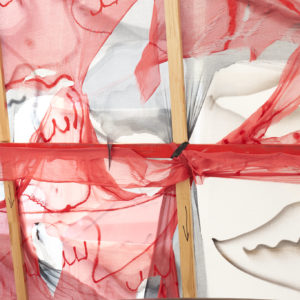 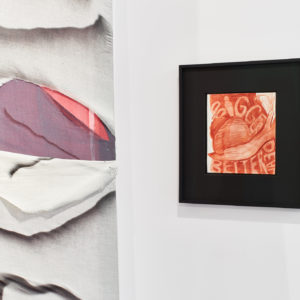 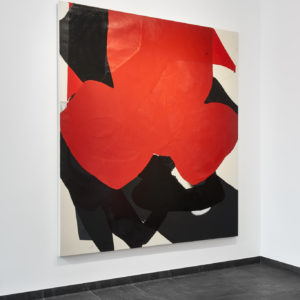 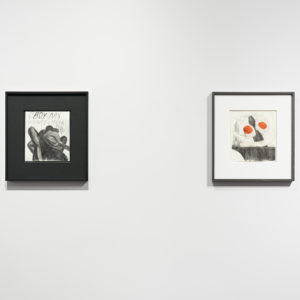 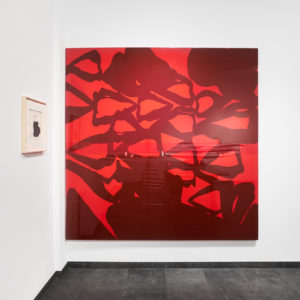 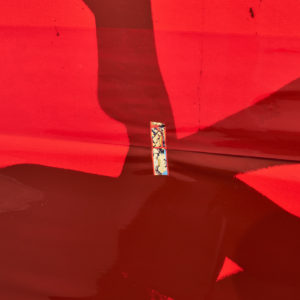 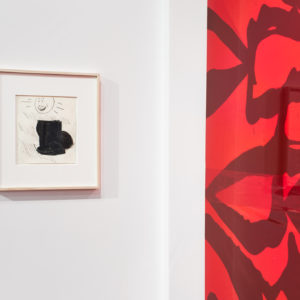 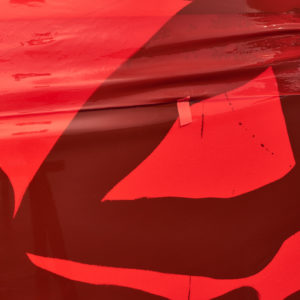 What if you look at the painting as it were a beetle? Think of its iridescent wings rather than ecosystem in which it exists. What if you look at the painting with your eyes closed? Try to remember what you see behind the eyelids and hold the image until it disperses. What if you look at the painting the same way as you would listen to an ambient music or a pop song? Just to absorb and let yourself submerge into the tones rather than try to interpret or understand its meaning. What if you look at the painting as it’s a foreign language that you don’t understand but sounds beautiful to you? Try to concentrate on its mesmerizing sound rather than the meaning. After all, paintings are not silent. They speak mute. They speak with colors, shapes, textures. They speak a language that everyone understands but in own way, according to past and present life experience, translating it and filtrating through personal stories, memories and frames of mind. Sometimes in red pigment you see a heart shape, sometimes an elephant; one day passionate love and seduction, the other, danger and violence; or all the things at once, as if all languages on the earth merged into one, as if the Babel Tower collapsed in our eyes into uncountable little pieces. And that’s fine too. Looking at the painting is a constant quest. The longer you hold your gaze the more everything evolves before your very eyes, change and undergo through various transformations like when Gregor Samsa, the protagonist of Kafka’s “Metamorphosis”, awoke one day as an insect. Art is an interesting place that permits for dysfunction. “Blow your nose to breathe clearly and reely. Blow you mind to think clearly and freely”, suggested Lee Lozano. Is that what you are looking at still a painting?