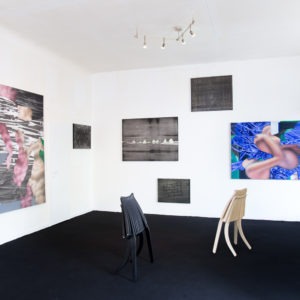 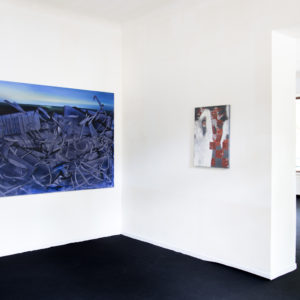 (…) Mateusz Piestrak presents a kind of quasi places and quasi things. On the one hand, they relate to something familiar; on the other hand, they are a product of new times and the associated aesthetics. His non-places lead to transcendental experience, becoming manifestations of existence in depersonalized supermodernity, as Marc Augé refers to the modern world.

According to Augé, a prominent French anthropologist and ethnologist, similar spaces (including motorway routes, junctions, airports, means of transport, retail outlets and refugee camps) are devoid of their specific features.¹

These are areas that cannot be defined from an identity,  relational or historical point of view. They are ‘nobody’s’ places. At the same time, being a common good, they belong to everyone. However, since no community is emotionally bound to them, they create merely a contractual rather than community sphere. Such spaces are devoid of cultural reference points. All that is close, homely, valuable is suppressed by cold unification. Man in non-places is left alone, sentenced to solitary interpretation and selection of excessive numbers of messages. Deep relations are blurred. A contact with the Other is strictly limited to the absolute minimum. There is only movement, transit – without reflection, without roots. ‘All consumers of space are thus imprisoned in some kind of cosmology.’²

Behind the anonymity of people and places is forgetting – the worst form of nonmemory that brings the real threat of loneliness. Mateusz Piestrak’s paintings extend the anthropological significance of Augé’s non-places to make us realize how many such areas exist in our cultural consciousness.