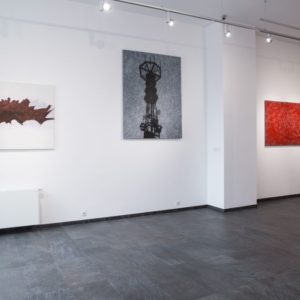 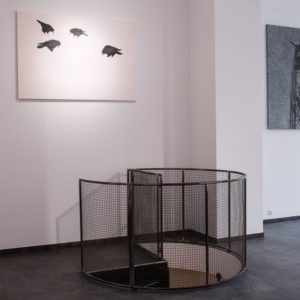 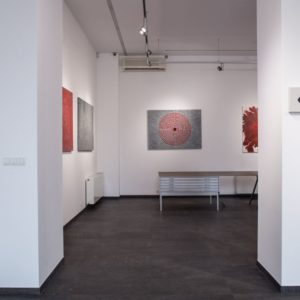 The disease – as we know from Susan Sontag – can function as a metaphor. This happens also in relation to the latest paintings by Celina Kanunnikava that focus on diseases of the modern world. On the conflicts and political tensions or regimes which give one and only correct message and drown out other voices of freedom.

These powerful images touchingly give to understand the fragility and defenselessness of the human body against the political machines and aggression. Blood soaks into the snow, what immediately notice rooks. Title one of the painting refers to Stefan Żeromski’s short story „Ravens and crows will pick our bones” from 1895 in which the author really vividly described the defeat of January Uprising and the battlefield full of dead bodies of men and horses. How many of today’s deaths disappear in information noise? How many of important information is jamming or censored by those whose chest is decorated with honorable badges? And perhaps also by those who – no matter what – will place the product, because there is nothing more important than consumption and growing sales?

In the Kanunnikava’s paintings, wounds and blood are presented in such a way that we have the impression that the representation is hurt: the image is bleeding. Other canvases are completely identified with „white noise” in television, also remind – terrazzo – associated with tombstone. It acts as memento mori. We are sucked into the circulatory system which – like a labyrinth – absorbs us inside and doesn’t let us to find the right way in the noisy sea of information. Painting by Celina Kanunnikava doesn’t let us to contemplate, it forces you to think about, asks a difficult questions.
Doesn’t allow us to sink in how comfortable conformism. Her painting is involved, critical and current and at the same time – as extremely important – it does not become one-dimensional journalism. It can be read multidimensionally and universally in relation to the human condition to politics and History, and this is because the medium is always invented anew and treated with great painterly culture.