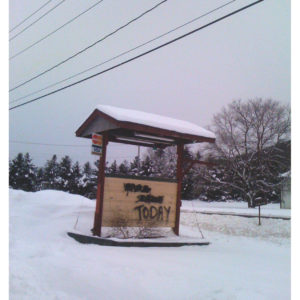 The recent work of Berlin-based artist, Benjamin Rubloff (b.1975; New York) engages with
the history of abstract painting. In the current show, he quotes two modes of
abstraction—suprematism and gestural painting— upending them through plays-of- hand
that challenge our expectations about modernist painting.  Working closely from
photographic source material, the artist creates meticulous transcriptions of found painting
„situations”. For his first solo show with Assembly Gallery, he is presenting two projects,
the installation Victory over the Sun (1915-2015) and recent graffiti-based paintings,
entitled Ciphers (2018)

The installation, Victory over the Sun (1915-2015), is a response to Kasimir Malevich’s
groundbreaking 1915 exhibition, The Last Futurist Exhibition 0.10, in which Malevich
presented a revolutionary approach to painting that manifested as spiritually-charged
minimalist composition. In the current installation—which echoes Malevich’s original salon
hanging—the artist has painted 1:1 scaled depictions of Malevich’s paintings, leaving their
surfaces blank. With Malevich’s well-known motifs effectively erased, the installation
creates a void that draws awareness to the paintings&#39; context, framing and objecthood.
This creates a playful Matroyoshka doll effect, in which the painting-of- a-painting
illuminates the role that spectacle and staging play for historicized artworks in museum
settings.

The recent work, Ciphers, first appear as gestural abstract paintings. Their tightly
orchestrated affect stems from a dynamic figure-ground interplay in which solid gestural
marks hover over ephemeral, ghostly grounds. Upon closer look, the paintings reveal that
they are not gestural paintings but rather the result of a slow, deliberate process of
copying. In actuality, the paintings are transcriptions of the speedy gestures of graffiti
taggers. The carefully cropping of these fragments effectively free the paintings from easy
identification, allowing the works to become conversant with historical languages of
painterly abstraction.  In this way, the works call attention to painting&#39;s fetish for gesture
and the prevalence of color-field atmospheres that suggest the metaphysical. Though the
idea of gestural expression is undermined by the fact of the copy, subjectivity is
reinscribed into each of the works through the addition of artist writings and photographic
documentations that address the role that these tags, as traces, play as quotidian markers
in urban life.

Benjamin Rubloff has shown his works in Europe and the United States. He holds an MFA
from Cornell University and an MA from Harvard University.  His work has been featured in
Lawrence King Publisher’s Survey on contemporary figurative painting, A Brush with the
Real.  He lives and works in Berlin.